Housing nightmare is costing the NHS £1.4 billion per year.

Nightmare housing is costing the NHS £1.4 billion per year.

Families are suffering in silence whilst landlords leave their homes in a state of complete disrepair.

An ITV article this past week reported that poor housing costs the NHS nearly £1.4 Billion a year. The report focuses on a Building Research Establishment (BRE) finding that highlighted that the figure is spent treating the illnesses and ailments caused by housing disrepair. The figure included all sorts of hazards such as damp & mould, excessive cold and falling down the stairs.

The report went on to say that most of the housing disrepair problems are "generally, not expensive to rectify compared with the long-term cost to the NHS and society if they are ignored." Highlighting that most of the time, it boils down to landlords wanting to avoid rectifying simple problems.

The highest cost was the £857 million said to be spent on treating residents whose health deteriorates due to excessively cold homes. However, this is a drop in the ocean compared to the cost of those unable to work due to disrepair. This was announced in the BRE report at a whopping £18.5 billion.

The shocking figure is that to solve the problem; it would only cost landlords on average around £3800. The issue of poor housing isn't a new phenomenon, as highlighted by a statement made by Jane Goddard. The current Director of Corporate Affairs for the BRE said: "This hasn't changed; it hasn't improved since we did the first survey in 2015. This isn't a problem that's going to mend itself.

As you probably know, at Antony Hodari Solicitors, we specialise in providing five-star service to tenants in need. As a housing disrepair specialist, we have helped over 100,000 clients and managed to obtain over £100 million in compensation. So if you know anyone who needs us, we're here and waiting to hear from you! 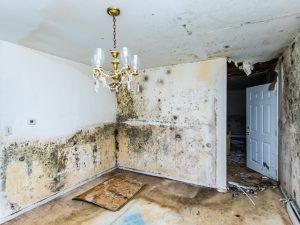 Allow us to help

Please send us an enquiry and we will contact you shortly.
Not now